A Surgeon's Skill, A Woman's Compassion, An Artist's Soul

While aging can make a woman’s face appear hard, aging can give a man’s face a more feminine appearance. Important differences between men and women must be recognized when it comes to facial rejuvenation to help preserve one’s masculine facial features.

She’ll Show You the Way

Dr. Mandal understands the unique concerns of her male facial plastic surgery patients. You are encouraged to request a facial consultation online or call 561.238.0040 to review your options, discuss your concerns, and preview your new look with our computerized imaging process. 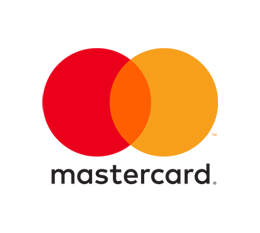 Dr. Mandal offers financing for your cosmetic procedure through the popular CareCredit program. CareCredit has been a reliable financing company in the industry for decades. Having taken the cosmetic industry by storm, CareCredit makes it easy for you to pay for plastic surgery and minimally invasive cosmetic treatments. Financing is available for up to 60 months with convenient monthly payments. No annual fee. No pre-payment penalty. I learned of CareCredit through Dr. Mandal’s office. It has given me the peace of mind to have my facelift and eyelid surgery without the pressure of paying for it off all at once.
-Susan G.

While I’ve used CareCredit for dental procedures, I was pleasantly surprised to find that my plastic surgeon, Dr. Anita Mandal, accepts it for smaller procedures like Botox and fillers. CareCredit is so convenient since you can select a 1 to 5 year payment plan but still pay off your cosmetic procedure early without any penalty.
-Maryanne C.

When I opened my CareCredit account, I only planned to use it as a one time deal. But once I realized I could use it to pay my cosmetic procedure in full, then partially pay down my CareCredit account and start a second rejuvenation treatment with the available credit on my card, I knew CareCredit was the answer to help me age gracefully.
-Mariella Y.

CareCredit has been an absolute ‘face saver’. I would normally not be able to afford the maintenance treatments for my facial rejuvenation, but with CareCredit, I can make low monthly affordable payments to ease the burden.
-Claire F.

I wanted to gift my mom a facial rejuvenation treatment for her 60th birthday but with all my house and family expenses, I couldn’t manage. CareCredit allowed me to give mom the wonderful birthday present she deserved, yet still keep my finances under control.
-Anastasia B.

I’m on a fixed income and just couldn’t afford to pay a lump sum for my Whisper Lift and fillers. I was so excited when Dr. Mandal told me about CareCredit. Not only was I thrilled about the results but it was stress free. CareCredit let me choose a monthly payment option that was comfortably affordable.
-Christine A.

While I do have the funds to pay my cosmetic procedure in full, I like being able to finance with CareCredit and make monthly payments since it leaves me with extra cash on hand for other expenses.
-Robert F.

I wanted Bellafill for my hollow cheeks and temples. I had cash saved up but didn’t have enough to complete all the areas of treatment. CareCredit allowed me to have my entire cosmetic procedure upfront. I used the cash I saved and put the remaining balance on my care credit card. I look more youthful and feel beautiful thanks to CareCredit.
-Julia S.